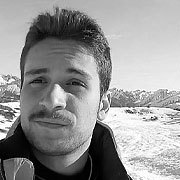 Arturo Coso began working as a 3D generalist in the architectural visualization world before taking a rigging position at a small studio. From there, he went on to work for King games on projects including the Bubble Witch Saga 3 cinematic, before later venturing into the film industry. He’s now worked for the giants in film, including Cinesite and Scanline VFX, with credits to his name such as Zack Synder’s Justice League. He’s also worked for Ilion Animation Studios, and on various videogames, commercials, and TV shows, including Love, Death & Robots.