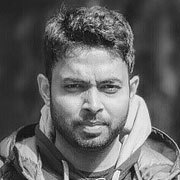 Rohit Jain grew up in India and has always been enthusiastic about animation and visual effects. He started his career as a modeler but later moved into character FX. He enjoys working with cloth, hair, and muscle simulations, and has been working in character effects for at least 12 years for studios such as Industrial Light and Magic, MPC, Mr. X, DreamWorks and Prime Focus on movies including Godzilla, Kong: Skull Island, Spider-Man: Homecoming, Guardians of the Galaxy, Justice League, Goosebumps, Monster Trucks, Madagascar 3, and How to Train Your Dragon 2. Rohit currently works at Method Studios in Vancouver as Lead Creature FX TD and loves sharing his knowledge to help other artists grow, while also learning new things for himself to become a better artist.