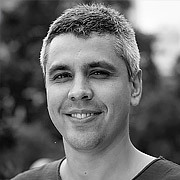 Jama Jurabaev is a professional concept artist, illustrator and a matte painter from Tajikistan, currently working in the movie and game industry in London, UK. He originally studied Aerospace Engineering but later decided to move into concept art — and he’s not looked back since. He's currently a freelance concept artist for LucasFilm and, previously, he worked for studios including Framestore, MPC, Marvel Studios, Warner Brothers and Legendary Pictures, with credits including Ready Player One, Jurassic World 2, Star Wars, and many more. Other clients include Lexus, Infiniti, Samsung, Mercedes-Benz, Audi, and Nike.